This study aims to explore the role of neurolinguistics in writing creative short stories for students through an interdisciplinary approach. neurolinguistics is a field of study consisting of linguistics and medicine which studies the relationship between language and the human brain which is linked to cognitive neuroscience and sensory and cellular movement. The method used in this research is literature review or literature review. There are four stages or four phases in conducting this research (1) designing a review, (2) conducting a review, (3) analyzing and (4) writing a review. In neurolinguistics, the parts of the human brain are also studied. The brain has 3 main parts, namely the cerebrum (cerebrum), cerebellum (cerebellum), and brainstem (brainstem). There are six factors that must be considered in creative writing, namely general knowledge and cognition, creative cognition, process, motivation and conative, linguistics and literacy, and psychomotor. There are also four-pillar factors of neurolinguistics, namely outcome, rapport, sensory acuity, and flexibility. Neurolinguistics also studies the structure and parts of the human brain, including the cerebrum (large brain), cerebellum (cerebellum), brainstem (brain stem) and limbic system (limbic system). The part that is closely related to writing is the cerebellum (cerebellum). Our Journal have been indexed on: 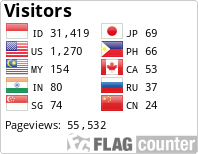